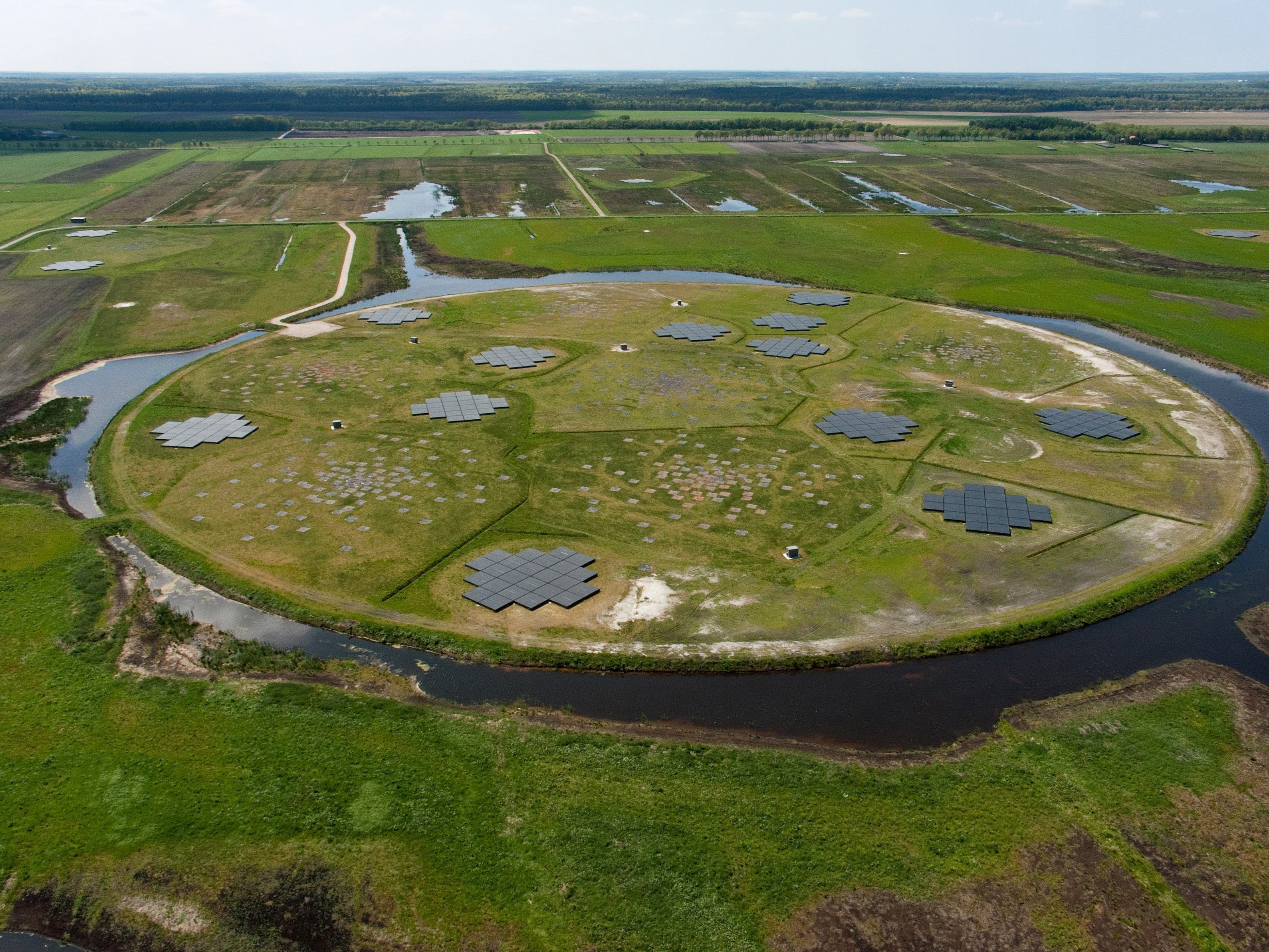 LOFAR's design makes it a uniquely good survey instrument. The individual dipoles are sensitive to most of the visible sky; the dipole arrays have a field of view of hundreds of square degrees at the lowest frequencies accessible to LOFAR.

LOFAR has carried out, or is in the process of carrying out, a number of sky surveys:

The LOFAR Multifrequency Snapshot Sky Survey (MSSS) was the first wide-area northern-sky survey to be carried out with LOFAR. Its first data release is described by Heald et al. (2015). It surveyed the whole northern sky to a depth of around 10 mJy/beam with a resolution of 2 arcmin.

The ongoing LOFAR HBA 120-168MHz wide-area survey is referred to as the LOFAR Two-metre Sky Survey (LoTSS) and is described by Shimwell et al. (2017). It aims to survey the whole northern sky at the full resolution of Dutch LOFAR (6 arcseconds) and a declination-dependent sensitivity which will typically be around 100 μJy/beam. This is a factor 10 more sensitive than the current best high-resolution sky survey, FIRST, and will detect over 10 million radio sources, mostly star-forming galaxies but with a large proportion of active galactic nuclei. A stretch goal is to image large areas with the resolution of the International LOFAR Telescope, around 0.5 arcsec, which will give a combination of resolution and sensitivity that will be unsurpassed well into the SKA era. More information about the long-baseline survey is available.

Data from the parts of the wide-area survey that have currently been made public are available to download through the data releases page of this site. The public can get involved in classification of LoTSS sources through the Zooniverse Radio Galaxy Zoo (LOFAR) project.

LoTSS is also taking repeated observations of northern hemisphere fields with the highest-quality multi-wavelength data over several-degree scales. These observations, taken with the same frequency coverage as the all-sky survey, will offer much higher sensitivity. The first three fields being studied are Boötes, Elais-N1 and Lockman Hole, for each of which at least 100 hours of HBA data are already available; additional fields are planned. The first data release from the deep fields project is now available. The ultimate aim is to reach depths approaching 10 μJy/beam (~5 times deeper than the best all-sky LoTSS pointings) over combined sky areas of many tens of square degrees, enough to probe the full range of cosmic environments at high redshift. Combined with the high-quality ancillary data, this will allow the study of star formation and AGN activity across cosmic time. The HBA deep surveys will be complemented by LBA observations and the first release of data from this project is also available on the deep fields page.

LOFAR is currently the only instrument capable of deep, high-resolution imaging at frequencies below 100 MHz. Even into the SKA era, this capability will remain unique to LOFAR. With the LOFAR LBA Sky Survey (LoLSS) we plan to cover the entire northern sky in the frequency range 42-66 MHz. We aim to achieve a resolution of 15 arcsec at an average rms noise of 1 mJy/beam. LoLSS will be a revolutionary tool to discover new ultra-steep spectrum sources, from high redshift radio galaxies, to dying radio emitting plasma, to radio-emitting exoplanets.

WEAVE-LOFAR is a spectroscopic survey of the LOTSS sky with the WEAVE fibre spectrograph on the William Herschel Telescope. It will provide redshifts for the wide and deep tiers of LOTSS. More information can be found on the project webpages.